President Biden has a long and exciting agenda. Little of it can be realized without eliminating the Senate’s anti-democratic filibuster. It may be difficult to pass proposed legislation even then, but, first, the filibuster has to go. 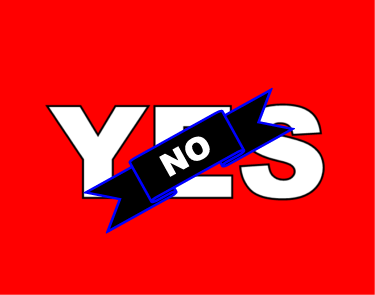 Were the composition of the Senate different, the filibuster would be less pernicious than it is now. If 70% of the senators were of one party, for instance, the need to pass most legislation with a 60% majority would not be a major roadblock. A senate nearly equally divided between parties, however, makes the passage of any but the most innocuous or patently essential legislation difficult, if not impossible. And now, the strength of the parties in the Senate is mathematically equal.

The argument usually advanced for the value of the filibuster is that it encourages bipartisan compromise, since the party in power has to rely on votes of the other party to pass any legislation. Recent empirical evidence from a closely divided Senate suggests that this argument is nonsense. When the minority party is opposed to a bill proposed by the majority, the filibuster allows it to simply prevent passage. Thwarting the will of the majority involves no consequences and perhaps even can win points with the constituents back home. This outcome is particularly likely when the philosophical differences between parties are vast and the minority party harbors a decided hostility toward federal legislation generally. The result is not compromise, but stalemate.

How would the current Senate operate were the filibuster scrapped? If Democratic senators were determined to pass a bill, their minority GOP colleagues would be powerless to stop them. Simply saying “no” would be to no avail. The only strategy available to the Republicans would be to seek to amend the legislation to make it more to their liking. Democrats might even accept GOP amendments either as intrinsically positive compromises or because they perceive value in bipartisanship. Should Democrats accept Republican amendments only to see Republicans vote against the final bill, future “bipartisanship” will justifiably be unlikely.

To summarize, in the present circumstances, the filibuster produces not unity or compromise but simply stalemate. For those whose purpose in the Senate is to prevent government action, this is a good thing. For those who believe in governing to benefit the citizenry, the filibuster is a disaster.

In the absence of the filibuster, legislation will be approved, and the opposition party has incentive to, from their viewpoint, improve it. To fail to coöperate is pointless, except possibly as a campaign strategy.

Democratic senators should vote to consign the filibuster to history at their earliest opportunity, applying logic (and, if necessary, pressure) to any senator who clings to the mistaken notion that the filibuster facilitates compromise or advances the cause of democracy.

Update, 3/12/2012. I offer further clarification of my position on the filibuster in my post “More Thoughts on the Filibuster.”