NPR ran a story this morning about both liberal and conservative groups urging President Trump to ban flavored e-cigarettes. Apparently, the president had agreed to do this but is now vacillating because such a ban could result in lost jobs.

I am tired of hearing arguments that one policy or another cannot be implemented because jobs will be affected. There are few policy decisions of any consequence that will not result in reduced employment in some field. If we embark on a crackdown on murder-for-hire, for example, there will surely be assassins who will lose their current livelihood. This is too bad. The good entailed by this endeavor would surely outweigh the inconvenience—even pain—of a small number of people who earn their living as hit men.

Surely, the number of people likely to become unemployed because of a ban on e-cigarettes is vanishingly small, perhaps even zero. A ban on all e-cigarettes has not been proposed, and it is likely that affected manufacturers and their suppliers, in response to the proposed ban, would, at least to some degree, reassign workers within their respective companies. If some people lose their jobs, so be it; the job market is strong, and workers in many occupations are in short supply. The effect on unemployment will be unnoticeable.

Of course, the jobs argument for an e-cigarette ban is a trivial instance of the argument. Conservatives regularly argue against measures to protect the environment or pursue other regulatory measures because the rules are “job killers.” Well, sometimes they are, and sometimes they increase the cost of doing business. People may need to seek employment in a different field. Few policies are equally favorable to every person in the country. In every case, advantages and disadvantages of a policy must be weighed against one another. That some people will lose jobs is not an argument that should automatically trump every other consideration.

Happily, the assassin lobby is weak, but it takes little publicity to frighten this president out of a policy because of potential job losses. In fact, reduced employment in one sector of the economy and increased employment in another is commonplace and, often, necessary. (Livery stables have given way to car rental counters, for example.)  President Trump is counting on a robust economy to power his re-election, and his personal ability to evaluate tradeoffs in any rational way is, to put it gently, limited. We have a president incapable of seeing consequences beyond the most immediate ones. He is, in any case, reluctant to rock the economic boat if the economy seems to be performing well, at least from his point of view.

Like all other policy considerations in this administration, the effect on Donald J. Trump is what is given most weight in the decision-making process. The distribution of labor across occupations is not and cannot be immutable. 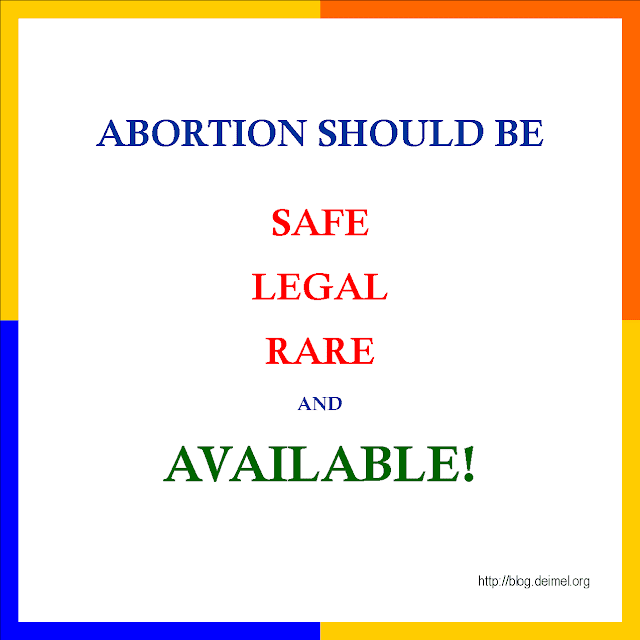 PDF
Posted by Lionel Deimel at 9:25 AM 0 comments

As of this writing, ten Democratic contenders for the presidential nomination have qualified for the November 20 debate being held in Georgia. Below, I offer quick evaluations of those candidates. Take this for what it’s worth. Keep in mind that I am a liberal Democrat. I list the candidates in alphabetical order.
It was difficult to characterize some of these candidates. This was especially true of Booker, whom I considered labeling too urban, though it’s unclear just what that means. On the other hand, Biden, Sanders, and Warren could each be characterized as too old. Sanders might also be tagged as too grumpy. Buttigieg could also be considered too smart, which might or might not be a problem. We are unlikely to see Williamson on the November debate panel, but it is too tempting not to note that she is too weird, another ambiguous characterization.

Thinking about (and researching) these people has clarified my thinking somewhat. I will, of course, vote for the Democratic candidate, irrespective of who that may be. That said, I hope that person is not Biden, Gabbard, Sanders, Steyer, or Yang. I find myself being more kindly disposed toward Booker, Harris, and Klobuchar. At this juncture, however, I doubt that Booker will win the Democratic nod.

Perhaps the November debate will narrow the field.

One Flaw in the Warren Medicare-for-All Plan

At long last, Elizabeth Warren has revealed how she plans to pay for her plan for universal health care. Her plan is expensive and complex, but it is not the usual smoke-and-mirrors proposal we are used to seeing in political campaigns. Her plan might actually work (or not). Of course, even if Warren is elected president, her plan will be passed by Congress only when hell freezes over. One has to wonder why Warren even bothered.

I won’t evaluate the plan here, which has been much criticized in the press. (See, for example, this analysis by The Washington Post, which is more positive than most evaluations.) I only want to comment on one aspect of Warren’s scheme.

The plan finds $8.8 trillion—for effect, we should write that as $8,800,000,000,000.00—by requiring employees currently paying for medical insurance to pay nearly all of that money to the government instead. (It isn’t clear whether employers who do not provide a health insurance benefit are let off the hook.) I object to this on philosophical grounds.

That employer-provided health insurance is widespread, though hardly universal, in this country is something of a historical accident. During World War II, employers found it hard to attract workers. Many men were fighting the war, and wage-and-price controls didn’t allow employers to compete for labor by raising salaries. The federal government, however, ruled that offering health insurance as a fringe benefit did not constitute raising wages. (Wikipedia offers an explanation here.) Thus, a new incentive for potential workers was born.

Those wartime wage-and-price controls are long gone, of course, but the offering of fringe benefits continues to be a mechanism by which employers compete for labor. Although one could make a case for increasing salaries and eliminating fringe benefits completely, I only want to address health insurance here.

In the abstract, it has never made sense to associate health insurance with employment. Yes, workers need health insurance. But the need for insurance does not vanish if a person is not employed.  In recent times, obtaining health insurance as an unemployed individual or as an employee without benefits has been difficult (or impossible) and expensive. This situation has been improved by the Affordable Care Act, but it is hardly ideal. Hence, the allurement of Medicare-for-all or something like it.

The Warren scheme of extracting trillions of dollars from employers may seem attractive, but it maintains a nexus between employment and health coverage that does not and never made sense. The plan raises other questions. What about employees who never paid for health insurance? Have they no obligation under this plan? Employees now can change their health coverage of employees or even eliminate it completely. What happens to this option under the Warren plan?

Of course, these questions are irrelevant, as the Warren plan will never be implemented. As a practical matter and as a campaign promise, only restoring Obamacare to its original form, undamaged by Trump administration depredations and enhanced to include a public option makes sense in the near term. Democratic presidential candidates need to point this out.

PDF
Posted by Lionel Deimel at 9:42 AM 0 comments

“It’s not nice to fool Mother Nature.” That was the famous line from a series of commercials for Chiffon margarine, a product manufactured from cottonseed oil and first marketed in the early 1950s. (For those too young to have seen one of these commercials, you can view a sample here.) When it comes to local time, however, fooling Mother Nature is almost a necessity. The question is how much fooling is appropriate.

It is relatively easy to determine noon at any point on the earth. It is the time at which the sun is highest in the sky. Of course, this means that noon occurs at different times at different longitudes. Roughly speaking—we needn’t concern ourselves with the “roughly” business here—we can divide the period between two successive noons in the same place into 24 intervals, each of which represents an hour of the day. This is all well and good, but this system of timekeeping has the consequence that even places that are close to one another have clocks that do not agree.

In the nineteenth century, the variability in local time was giving railroads fits. Individual railroads “solved” the problem by using the time in one location as the time for all stations on its line. I need hardly explain how this could be confusing, particularly when a given town was served by two or more railroads.

In 1883, U.S. and Canadian railroads agreed to create standard time zones. The standard time in any zone would be the same throughout the zone, and the time in adjacent zones would be exactly one hour earlier or one hour later. This system was codified in law by Congress in 1918. Only at the (longitudinally approximate) center of a time zone would solar noon and standard noon correspond. We were fooling with Mother Nature a bit, but it was for a good cause. Commerce and life generally were much simplified by the adoption of standard time.

Then there is the matter of daylight saving time. It, too, was enacted by Congress in 1918. It has become nearly universal in the U.S., though there are notable exceptions, such as the state of Hawaii. The times that we “spring forward” and “fall back” have changed from time to time, but now, most of the country is on daylight saving time for longer than it is on standard time.

Various rationales have been advanced in favor of daylight saving time, most of them questionable. The ecological argument that the procedure saves energy seems either wrong or insignificant. I have heard that farmers favor changing our clocks, but this, too, is bogus. (Try explaining daylight saving time to a cow.) The main lobby for continuing to observe daylight saving time is commercial interests, particularly the recreation industry. (A golf club or amusement park gains little from an earlier sunrise but may benefit greatly from an extra hour of daylight in the evening.)

I have always been skeptical as to the benefits of daylight saving time. In my post “More Haiku” I wrote, in 2001,

The relevant question is really where goes the sleep we lose. It is well-documented that the spring time change results in more accidents and more heart attacks than usual. Invariably, people walk into church late after the spring change, and, no doubt, confusion occurs elsewhere. Most people hate the time transitions daylight saving time requires. This dissatisfaction has lead to a widespread movement to eliminate the biannual time changes, a reform that would have to come from Congress.

Unfortunately, most of the agitation for a change in daylight saving time is for making it apply throughout the entire year!  Doing this would be surrendering to the commercial interests that want us to spend more time and money during summer evenings, even if it means that children will be waiting for school buses or walking to school in the dark.

Well, it’s not nice to fool Mother Nature, and the benefits of daylight saving time are questionable, at best. We should return to year-round standard time. It isn’t quite what Mother Nature intended, but it’s close enough.