Watching Out for the Loonies

The premise of Minority Report always seemed farfetched. Especially incredible was the mechanism, the insights of a trio of clairvoyants, by which authorities determined who was going to commit a crime. I was reminded of the 2002 movie after learning about the activities of David DePape, the 42-year-old attacker of Nancy Pelosi’s husband, Paul Pelosi.

Apparently, DePape is an all-too-common angry, right-wing loony. According to Matthew Gertz,  he has a blog that Getz says “reads like a standard case of right-wing online radicalization. QAnon, Great Reset, Pizzagate, Gamergate are all there, along with MRA/misogyny, hatred of Blacks/Jews/trans people/‘groomers,’ and anti-vax conspiracy theories.”

The question that comes to mind is whether violent action by such a person was, if not completely predictable, at least probable. Did authorities know about this guy beforehand? Should they have? We shouldn’t have sent Tom Cruise to arrest DePape, of course, but perhaps DePepe needed a visit from one or more specialists trained to suss out his present or likely future intentions and perhaps turn his mind to more productive pursuits.

PDF
Posted by Lionel Deimel at 11:14 AM 0 comments

What Do We Need in Our Citizens?

Enrollment in higher education is plummeting, and K-12 students are falling behind on key skills needed to succeed in college and later in life. The issue is broader than dismal new reading and math scores for youths. These trends threaten our future workforce and, ultimately, the U.S. economy.

Rampell points out that we need skilled workers, particularly as older workers retire. But our primary and secondary schools are not doing a good job of preparing their graduates for post-secondary education. All this is true, of course, and the cost of going to college can be daunting.

What Rampell failed to observe is that we need more than just job training from higher education. We also need citizens who understand the workings of democracy and have a grounding in political history. And we need citizens with reasoning skills and the ability to distinguish credible claims from nonsensical ones. Rampell might well have added: These trends threaten our future citizenry and, ultimately, the U.S. democracy.

That so many fellow citizens believe that Democratic Party leaders are cannibalistic pedophiles or that the 2020 election was stolen from its rightful winner, Donald Trump, suggests that we are failing to educate our youth properly. Why do people not demand concrete evidence for these improbable beliefs beyond the fact that certain public figures repeatedly assert them while offering no supporting facts whatever?

Not only does the country have a significant cadre of naïve, ignorant, and gullible citizens, but we are permitting those citizens to perpetuate their ilk by indulging their demands to suppress the teaching of history, censor the literature to which children may be exposed, and suppress even the mention in classrooms of ideas different from their own. Their notion that children should never be made uncomfortable in school undermines the most important goal of education, the expanding of young minds. (In their defense, of course, one must recognize that they see the goal of education as indoctrination in their own values.) 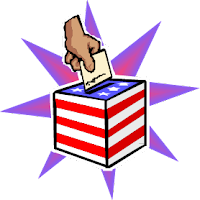 The 2022 midterm elections are now less than two weeks away, and Democratic majorities in the House of Representatives and the Senate are threatened by fact-denying Republican candidates and their fact-ignoring constituents.

Pollsters tell us that the number one issue with voters is inflation. Certainly, the current inflation is worrisome. But the assertion that inflation is caused by Democrats does not follow from the fact that a Democrat is in the White House. More obvious explanations are at hand: disruptions of both workforce and supply chains caused by COVID; assaults to the world economy resulting from Russia’s invasion of Ukraine; and corporations earning record profits because they can get away with raising prices far beyond what can be justified by their own increased costs. If President Biden caused inflation at home, is he also responsible for double-digit inflation in the U.K. and elsewhere? Are the usual GOP programs of tax cuts for the rich and the slashing funds for social programs really likely to make life in America better for most of us?

Crime is another issue of voter concern. Here again, it is unclear that Democratic control at the federal level has much to do with local crime rates. (Arguably, Democrats could do more to address corporate crime, but Republicans won’t touch that issue either.) Democrats have actually tightened gun laws, and that should improve the crime situation at least a little. But crime is a local problem. Significantly, areas with the highest murder rates are in the South, in Republican-controlled states. Crime is hardly a reason to vote GOP.

In fact, people do not always vote on the basis of candidates’ declared (or presumed) policy positions. But shouldn’t they? Is basing one’s vote on the recommendation of an immoral, racist, chauvinistic, lying ex-president really a better idea?

PDF
Posted by Lionel Deimel at 9:32 AM 2 comments

Shambles is an odd word. It is a noun that is plural in form but can be either singular or plural in meaning. The word is frequently misused, largely, I suspect, because people are confused about what the word really means. That is to say, they have no idea what it means.
I often hear people say something like “the room is in shambles.”  This is an improper use of the word, but everyone knows what the speaker means—the room is a chaotic mess.
The basic meaning of shambles is “slaughterhouse.” By extension, it can refer to a scene of slaughter or bloodshed —a Civil War battlefield perhaps—or, by somewhat greater extension, a chaotic mess. It would be perfectly correct to say that “the room is a shambles.”
In shambles, however, makes no sense. In a shambles would make sense but likely wouldn’t mean what the speaker thinks it does. There is, by the way, no such thing as a shamble. (The verb to shamble, on the other hand, means to walk clumsily with dragging feet. The verb is unrelated to shambles.) 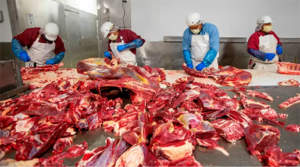 PDF
Posted by Lionel Deimel at 9:18 AM 0 comments