I have heard it said repeatedly that the party of the president nearly always loses seats in Congress in midterm elections. This is certainly true, and the losses are often quite large. Do you suppose, however,  that this means that every president, at least in his first two years in office, performs badly? Are we really that bad at choosing our chief executive?

I doubt that is the case. Instead, there are other explanations for the usual outcome. No president ever has (or ever could) achieve everything he promised to do on the campaign trail, particularly in his first two years in office. The president is dependent on Congress to get many things done, and Congress may not coöperate.

People who opposed the election of the sitting president consider their negative expectations realized and see the midterms as an opportunity to register their dissatisfaction. Or they may just vote against the president’s party to get even for the election held two years earlier.

People who voted for the current president are likely to feel that they achieved their objective through their vote and may fail to vote in the midterms out of complacency. Even some supporters may be frustrated by what they see as slow progress achieved by the administration. Again, they may fail to vote or may even vote for the other party.

No president is going to make America the perfect country sought by all. Not everyone desires the same country. Many voters are bound to be dissatisfied.

Although the president is powerful, he does not control everything. Unanticipated events, either foreign or domestic, can upset the best of intentions. President Biden did not cause supply-chain problems, nor could he have done much about them. He did as well as could be expected dealing with COVID, but he couldn’t make the virus go away. He could not stop Russia from invading Ukraine nor prevent the resulting inflation. In fact, it is the job of the Federal Reserve to keep inflation low, and the president has, for good reason, no control over the Federal Reserve. President Biden accomplished a lot with a Congress barely controlled by Democrats.

In the past, voting for the other guys in the midterms seemed reasonable enough. How bad could electing members of the other party be? Well, this year, it could be pretty bad. Not only does the GOP have an agenda of which most voters, if they understood what it is, would disapprove, but the GOP is willing to fight for their agenda even if it means seriously damaging the standing of the United States in the world and wounding our democracy at home.

Automatically voting against the party of the president in the midterms never made much sense. This year, it had the potential to be a step toward ending the American Experiment.

Like many citizens, I anticipated the results of the November 8 elections with dread. Although not all races have been decided, it appears that the voting was atypical this year. Democrats did not suffer the bloodbath Republicans were hoping for, though the party made gains that will upset the Democratic agenda. Maybe there is some hope for the United States after all. Nonetheless, we are probably in for two years of government stalemate. 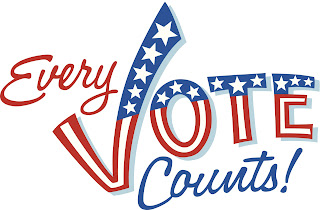