Are the End Times Upon Us?

I’ve been watching the first spring training game of the Pittsburgh Pirates. The Pirates are playing the New York Yankees. I cannot shake the feeling that the time is out of joint, that the end times may be upon us.

And, of course, Vladimir Putin is threatening to initiate World War III.

It’s been a halfway decent world while it lasted.

When Can We End Russian Sanctions?

[Blinken] insisted that U.S. sanctions against Russia are “not designed to be permanent,” and that they could “go away” if Russia should change its behavior. But he said any Russian pullback would have to be, “in effect, irreversible,” so that “this can't happen again, that Russia won’t pick up and do exactly what it’s doing in a year or two years or three years.”

Blinken made it clear, however, that he expects Russia neither to halt its aggression nor to offer diplomatic concessions any time soon.

It’s hard to know whether to be encouraged by Blinken’s words. On the one hand, the suggestion that sanctions could “go away” if Russia changes its behavior sounds like we might be ready to let Russia off easy. On the other hand, the demand that Russia, from this time forward, behave like a responsible, civilized state is unlikely to be pledged and, if promised, would be impossible to enforce. Forever is, after all, a long, long time. One has to think that Blinken’s demand is ironically akin to Putin’s insistence that Ukraine never seek NATO membership.

What is it the world—much of it anyway—needs here? First, of course, the aggression must stop. After that, Ukraine must be made whole. (It has been suggested that, as of now, this will cost half a trillion dollars, though even that will not repair the human carnage.) Secretary Blinken is right to demand that Russia never again attacks its neighbors. We must be real here, however. That can never be guaranteed as long as Putin is in power, if then.

Sanctions must not be lifted before the fighting stops, Russia takes responsibility for reconstructing the country it has ravaged, and Putin is no longer in power. Sanctions were imposed to change Putin’s behavior, but they must be kept in place to punish Russia for its unspeakable behavior. Putin’s stepping down in favor of one of his cronies will not be enough. Further, Putin must be tried for war crimes, which he has assuredly committed. If these requirements are met, sanctions can be gradually lifted.

I fear this conflict may outlast the Biden presidency. If so, I worry that a Republican president, whether or not it is Donald Trump, will let Russia off the hook. I sincerely hope that our current policy, or something very much like it, will remain resolutely bipartisan. I am not totally sanguine about that.

President Volodymyr Zelenskyy addressed Congress today via video. As expected, he asked for additional war materiel. His strongest emotional appeal, however, came in the form of a brief video illustrating, in painful-to-watch graphics, the damage being done by Russia to the cities and people of Ukraine. I hope that members of Congress were asking themselves how they would feel if what there seeing happened in their own back yards—to New York or to Chicago or to Pheonix or to Duluth.

Which Way Does the Fan Turn?

I encountered a collection of fans in a physical therapy facility. The fans are suspended from the ceiling by very long rods, possibly as long as ten feet. I was first struck by the fact that the fans are rock-stable. There is no visible wobble at all. I have no idea who manufactured them.

Observed from the floor, the fan blades move counter-clockwise. I noticed, however, that if I told myself the blades were moving clockwise, I could actually see them that way. Take a look yourself and see if this little mental trick works for you.

PDF
Posted by Lionel Deimel at 10:18 AM 0 comments

Yesterday, I was to take Schroeder to receive his second FVRCP vaccination and to have a microchip implanted. Of course, I first had to get him into a carrier. Performing this trick with Linus and Charlie has always been difficult, and I had no reason to believe that putting Schroeder into his carrier would be markedly easier.

I was girded for battle. I was wearing my sturdy Carhartt shirt and my leather gloves. Schroeder approached me and let me pet him, but when I tried to grab him with both hands, he slipped away like the proverbial bat out of hell. In the process of retreating to his redoubt between the couch and the plant stand, he overturned his water bowl, spilling its contents into the food bowl. This led to a temporary hiatus from cat catching to clean up the mess. I gathered up the kibble and took the water and food bowl out of the room. I vacuumed up a few errant pieces of kibble.

Cat capture then resumed. I moved the plant stand to gain access to Schroeder, He then ran between the couch and the wall. I used a pole to flush him out. He ran around the other side of the couch, and my attempt to grab him as he emerged was, unsurprisingly, unsuccessful. He retreated to his favorite resting place. I moved the end of the couch against the wall, cutting off that avenue of escape. I also moved the plant stand out of the way. When I tried to grab him, he hissed at me and lunged with claws bared. His outburst was surprisingly violent, given his usual laid-back demeanor. A claw barely reached through my glove.

At this point, I called a friend who had helped me corral Linus and Charlie in the past. She couldn’t come over immediately but agreed to be on call if I needed her later. I thought it likely that her services would be required. (This was to be my sole injury for the day.)

Schroeder was now cornered, but any attempt to grab him was clearly hazardous. Without having a clear strategy for getting the cat into the carrier, I placed the open carrier in front of Schroeder. He was now trapped between the couch, the wall, the carrier, and its wire door. I tried to explain that he needed to enter the carrier, but he seemed indifferent to my explanation. After a minute or two and by means I cannot explain, I got Schroeder into the carrier. I closed the door and sighed in relief. I was exhausted.

I put carrier and cat into the car and headed for the vet appointment. The half-hour drive was peaceful; I heard not a peep from Schroeder. I was apprehensive when the woman who was to give Schroeder his shot and his microchip opened the carrier to extract the cat. She was, however, very good at her job. Sitting on the floor in front of the carrier, she grabbed Schroeder by the scruff of the neck and put him between her legs. The shot and microchip were administered in less than a minute. Not a sound was heard from Schroeder.

The trip home was again quiet and uneventful. (Well, I was listening to NPR.) I left Schroeder in the car while I put the room back together. I filled the water and food bowls, moved the couch, and replaced the plant stand. Finally, I brought Schroeder inside and placed the carrier on the floor.

I opened the carrier, but Schroeder did not come out, even with cat treats in front of him. He stuck out his head for a moment and then retreated into the safety of the carrier.

After waiting a few minutes for some movement, I left the room. When I returned a while later, Schroeder was out of his carrier and resting in his favorite spot.

The day’s mission had been accomplished. Schroeder would not need to see a vet for a year. The task now was to improve socialization and to find Schroeder a forever home.
NOTE: Schroeder’s story to date can be followed here.

PDF
Posted by Lionel Deimel at 10:08 AM 0 comments 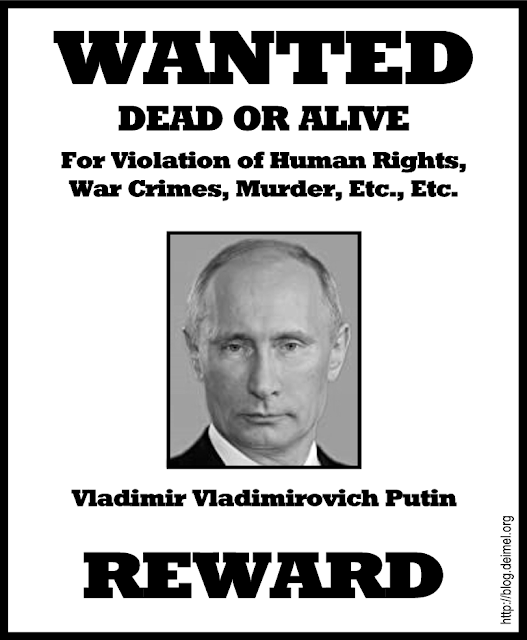 PDF
Posted by Lionel Deimel at 9:08 AM 0 comments