Reflection on Roe v. Wade in Response to the Death of Ruth Bader Ginsburg

Although I have never been involved in anyone’s decision to have or not have an abortion, legal restrictions on abortion have never made much sense to me. Why should anyone have the right to tell a mentally and physically healthy woman what she must or must not do with her body?

Older Americans remember where they were when they heard of the Japanese attack on Pearl Harbor. I remember, in cinematic detail, where I was when I heard about the Supreme Court’s decision in Roe v. Wade. Unfortunately, illiberal Christians have been trying to re-criminalize abortions ever since that fateful court judgment.

Roe has been criticized both by opponents of abortion and by legal scholars who argue that the decision, which relied on a right to privacy only implied in the Constitution, rested on shaky legal foundations. Indeed, opinions of the justices cited both the Fourteenth and Nineteenth Amendments. The Fourteenth Amendment promises due process for all, and the Nineteenth Amendment denies that the failure of the Constitution to enumerate a right does not imply that citizens do not possess that right.

It is ironic, of course, that Republicans, who compose the major bloc of people opposed to abortion rights, are the same people who most vehemently insist on personal freedom. Militant Republicans seem ready to revolt over having to wear masks during a pandemic, yet they are equally aggressive about their intention to deny half the population the right to make the most intimate of decisions concerning their own bodies.

One suspects that much of anti-abortion sentiment is motivated by the belief that women are inferior to men and that their behavior should be controlled by men. Seldom is this outmoded and unpopular notion expressed publicly. Instead, “pro-life” proponents speak of protecting the health of the mother and of preserving the life of the “child.” However, women are not children, and fetuses are only human in the same sense that a piece of my skin shaved off in a spill on the sidewalk is human. Women, like men, deserve agency, especially with respect to their bodies.

The fundamental finding of Roe is surely correct from a human rights perspective, however it was arrived at. Moreover, the concept of a right to privacy is useful in contexts other than abortion.

I’d like to offer a different take on abortion rights. My reasoning is not original, but it is largely unfamiliar.

Neither slavery nor involuntary servitude, except as a punishment for crime whereof the party shall have been duly convicted, shall exist within the United States, or any place subject to their jurisdiction. 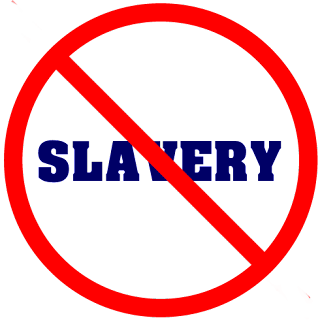 Is not the forcing of a woman to carry a pregnancy to term a form of slavery? The essential character of slavery is, after all, that one party cannot quit performing service for another without compensation. In the case of anti-abortion laws, a woman is, in the sense I have suggested, a slave, forced to maintain a pregnancy, and her “master” is the state. Of course, chattel slavery in the United States was more complicated than this, but its essential character was the same. The Thirteenth Amendment does not suggest that what it outlaws necessarily requires one party to fully “own” another.

The slavery of pregnant women should be completely abolished, and the termination of pregnancy should, at all times, be a matter left to a woman and her physician.

In the distant past, abortions were dangerous, and one could assert conscientiously that their prohibition protected the lives of mothers. Prohibiting abortions did not eliminate abortions, however, but only made them even more dangerous, as they were performed underground and in medically questionable circumstances.

Today, most abortions are much safer than carrying a pregnancy to term and giving birth. Although many Americans—not just Democrats—fear that President Trump will appoint a Supreme Court justice who will vote with the court majority to overturn Roe. This is indeed likely. As most abortions occur early in a pregnancy, however, and are easily effected today with medicines. The ultimate effect of overturning Roe will therefore be minimal (though not without significance in certain cases). Women will obtain the necessary pharmaceuticals by one means or another, and women will have abortions. Most Americans will be fine with that.

Of course, another Trump court appointment will endanger other rights, the environment, and the Republic generally.