The Horrors of Movies on Television

I am a big movie fan, and much of my movie watching is done on the television. (Particularly so in the current circumstances, of course!) I prefer to watch movies on HBO, Showtime, Netflix, or TCM. since I can see the movies without commercial interruptions and more or less in their original form. 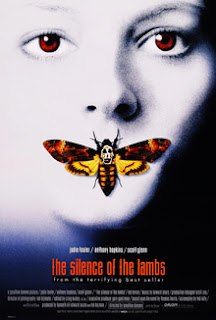 If there is a movie I really want to see on another network, I usually record it, so I can fast-forward through the commercials when I actually watch. Even if I intend to watch this way, I am discouraged by the occasional announcements that the format of the movie has been altered or that the movie has been edited for time or content. Whenever I see such a notice, I stop watching and delete the recording. I have no desire to see movies butchered by a rapacious or cowardly network.

The other day I recorded The Silence of the Lambs on BBC America. I had seen this movie a long time ago and thought it time to see it again. The movie is quite good, though it strains credulity at times. (Hannibal Lector’s escape from incarceration is a bit hard to believe, for instance, as is Clarice Starling’s being assigned to the case at all.) I enjoyed watching the movie, though the density of commercials at the end of the film—the most exciting few minutes—was especially annoying. I was surprised, however, that BBC America deleted the end credits! This was unforgivable and was done without any warning that the movie had been edited for length. I suspect that I will no longer watch movies on BBC America.

Of course, BBC America is not the only network that seems to assume that no viewers care about credits. An indignity often visited on films shown on television is the compression of credits at the bottom of the screen to allow a commercial or promo to shown above them. Of course, if you don’t have a wall-sized TV screen, the credits are unreadable. If the film is speeded up to show the credits, even your big-screen TV won’t help.