It is not breaking news that the Episcopal Diocese of Pittsburgh elected the Rev. Dr. Ketlen Solak on June 26 as the ninth Bishop of Pittsburgh. I have not seen details of the election published anywhere, however, and I think that more information should be publicly available. Also, it is interesting to compare the dynamics of the most recent episcopal election with those of the last one.

Somewhat to my surprise, the diocesan Web site has largely been scrubbed of most information concerning the election of six days ago. As a result, this post may be more helpful than I anticipated.

The Nominating Committee announced three episcopal candidates. (We are being discouraged from calling these people candidates rather than nominees, but persons standing for election are, in conventional parlance, candidates.) Somewhat surprisingly, all three were women. Two were black, and one was a white lesbian. I had been hoping that Pittsburgh would select a woman, and the initial slate seemed designed to make that dream come true. However, Pittsburgh allows candidates to be nominated by petition. There is reason to believe that at least some members of the Nominating Committee were hoping that their slate would not be augmented by petition nominations. Perhaps the all-female slate made the nomination of one or more white males inevitable. Not everyone was so excited about a female bishop.

Nominees from the Committee 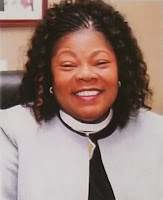 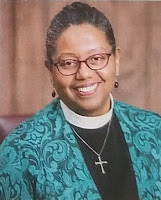 The Rev. Dr. Ketlen A. Solak, Rector of Brandywine Collaborative Ministries in Wilmington, Delaware, since 2014. Solak came to the United States in her late teens from her home in Port-au-Prince, Haiti. She is a pianist with bachelor’s and master’s music degrees from the Catholic University of America. She earned both an M.Div. and D.Min. from Virginia Theological Seminary. She is married with no children. 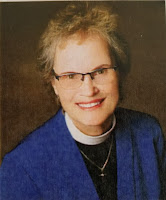 The Rev. Diana L. Wilcox, Rector of Christ Church in Bloomfield & Glen Ridge in Glen Ridge, New Jersey, since 2014. Wilcox has a Liberal Arts B.A. from Fairleigh Dickinson University. Her M.Div. is from Drew University. Wilcox had a substantial career in the financial world and is the author of a children’s book. Her female spouse died. She has no children. 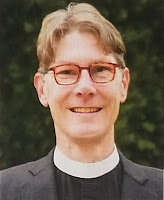 The Rev. Canon Scott A. Gunn, Executive Director of Forward Movement, Cincinnati, Ohio, since 2011. Gunn has a Music/Religion B.A. from Luther College. He holds an M.A. in Religion from Yale Divinity School, from which he also earned his M.Div. He is married to an Episcopal priest and has no children. 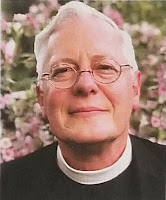 The Rev. Jeffrey D. Murph, Rector of St. Thomas Memorial Church in Oakmont, Pennsylvania, since 1994. Murph received a B.A. in History from the University of North Carolina at Chapel Hill. His M.Div. is from Virginia Theological Seminary. Murph is the only candidate from the Diocese of Pittsburgh. He is married and has adult children.

To the best of my knowledge, only Gunn has been an episcopal candidate in the past. I was surprised that the diocese did not disclose the ages of the candidates. Age is a relevant consideration, of course, since bishops are subject to a mandatory retirement age. (The Pittsburgh Post-Gazette reported Solak’s age as 59.) I suspect that Murph was the oldest candidate; he certainly has been a priest the longest and has been in his current position the longest.
Coleman was assuredly the most effusive of the candidates. That her eyes seemed perpetually half-closed, however, was somewhat off-putting. (I hesitate to mention this, but more than one person mentioned the fact in discussions in which I participated.)
People in Pittsburgh had many opportunities to view the candidates in videos and in person. Everyone acquitted him- or herself well in these venues. In my one opportunity to experience the candidates in person, Gunn seemed the most articulate and thoughtful. Murph offered the most concrete plan for the diocese, as might be expected from someone who has been in it for so long and who played a significant role in helping the diocese recover from the schism of 2008.
When I first saw a Solak video, I was perplexed by her accent. Only later did I come to understand that it was the product of having grown up in Haiti. I found her affect very reassuring. I thought she would be good at talking someone off a ledge. As a musician myself, I was pleased to learn of her musical accomplishments. Although she did not do it in the group I was in when I met her, instead of offering an opening prayer in other groups, she led the group in song. People liked that.
I was not quite sure what to make of Wilcox’s experience in the financial and consulting world. She assured people that her experience made her a better communicator. Apparently, the nature of that environment led her to abandon it for a more spiritual life. I have to admit that I was somewhat put off by typos in her résumé. (I cannot be sure that the errors were hers, and the matter did not affect my candidate preferences.)
I don’t know all the details of how the nominations by petition came about. I do know that Gunn was being considered by the Nominating Committee but bowed out of the process due to unexpected duties in his own diocese. His nomination was submitted after the Nominating Committee made its choices public and, presumably, after Gunn felt free to pursue the episcopate.
Apparently, Murph was also considered by the Nominating Committee, but his name was not put forward by that body. He is generally well-liked in the diocese, however, and his nomination seemed not inappropriate. I never thought “he should be a bishop,” but I haven’t thought that about any other priest of the diocese either. As a general rule, I believe that electing someone from within one’s own diocese is not a good idea, as such a person necessarily comes with baggage not brought by other candidates. (I confess that I celebrated the selection of Gene Robinson from his own New Hampshire diocese, however.) In any case, the last priest elected Bishop of Pittsburgh from the Diocese of Pittsburgh was Bob Duncan. That did not work out well.

Due to the pandemic, the electing convention was held virtually over Zoom. The 2020 annual convention had also been a Zoom affair, so most people involved had some experience with such an event. But the fact that clergy and lay deputies had to vote separately made demands on Zoom that it was incapable of satisfying. As a result, voting was done using a Web-based application called VPoll. This meant that deputies had to switch between using Zoom and voting via VPoll.
The diocese did an excellent job of preparing deputies for their participation in the convention. I had only one complaint. Deputies were encouraged to use two devices, one for Zoom and one for VPoll. I was ready to do that when I realized that this was both unnecessary and unnecessarily cumbersome. Zoom runs in its own window, and VPoll operates on a Web page. I experienced no difficulty switching between the Zoom window and VPoll loaded into my Web browser. It appears that few people had difficulty participating in the convention on account of the software being used.
I was surprised to learn that the chat function in Zoom was to be disabled once balloting began. I will have more to say about that below.
Deputies to the convention logged into Zoom and VPoll. Visitors could monitor the proceedings through Facebook.

The convention elected a bishop on the third ballot. The schedule called for three ballots before a 1 pm lunch break, so the break became unnecessary and the convention could end early. The results of the three ballots are shown below. Note that, just before 10 am, it was established that there were 86 lay deputies and 55 clergy deputies present. Either intentionally or because of difficulties in casting a vote, not everyone voted on each ballot.


Note that after the second ballot, Coleman and Murph dropped out. Solak was announced as the new bishop before the results of the third ballot were announced, and the tally was given in a somewhat different form from what was used for the first two ballots. I believe the numbers above are correct, however.

My choice for bishop was Ketlen Solak. (I voted for her three times.) In talking to others in the diocese, both lay and clergy, she was frequently named as first or second choice. I expected that Gunn would prove to be a strong candidate, as he has a high profile in the Episcopal Church generally. I couldn’t predict how Coleman would do. Her enthusiasm could be infectious. Wilcox appeared to be the most liberal—I won’t try to define liberal or conservative here—and I assumed that she would be perceived to be too liberal for Pittsburgh, particular by the clergy. Murph was likely the most conservative candidate. I expected that he would do well in the clergy order on the first ballot by drawing votes from long-time colleagues. He is less well-known among the laity, though I can attest to his pastoral skills and assume others can as well. I did not expect him to be elected.
I was concerned that there would be little time between the announcement of the results of one ballot and the casting of votes for the next ballot. This, combined with the disabling of the Zoom chat function, largely precluded consultation among deputies between ballots. In the last episcopal election, there was definitely some electioneering taking place between ballots, and some lay deputies seem to have gone along with perceived clergy preferences as a way of getting the whole thing over with so they could go home. As it happens, I probably should not have worried about this, as the votes converged to a preferred candidate faster than I thought possible.
The first ballot was gratifying and a bit surprising. Solak was the top vote-getter in the clergy and was barely second in the lay order. Murph did well among the clergy but, as expected, was less popular among the laity. Coleman did surprisingly poorly. Wilcox was predictably more popular in the lay order.
In the second ballot, the contest began to converge on a Gunn/Solak contest. Support for Coleman virtually disappeared, and she predictably dropped out. Murph and Wilcox both lost votes. I was surprised that Murph dropped out but Wilcox stayed in despite decreasing clergy support. At this point, Gunn had 29% of the clergy vote and 31% of the lay vote. Solak had 42% of the clergy vote and 40% of the lay vote.
With Coleman and Murph out of the race, Gunn gained a few votes. Wilcox lost lay votes, and Solak picked up votes in both orders. On the third ballot, Solak had 56% of the clergy votes and 53% of the lay votes, enough to become bishop. Gunn, in second place, had 39% and 36%, respectively. Wilcox earned 6% and 10%,
Candidates had suggested that, although Pittsburgh had experienced substantial healing after the 2008 schism, additional reconciliation was needed. There is surely some truth in this; I know people who are still traumatized by the split engineered by Bob Duncan. Nevertheless, the voting on our next bishop was reassuring in that both clergy and lay deputies shared similar preferences. I think the diocese is ready to move forward with Bishop Ketlen A. Solak
After the voting was over, bishop-elect Solak gave a brief address to the convention in which she declared, “I am looking forward to becoming a Pittsburgher for Jesus.” She, too, is ready to move the diocese along.
Thanks be to God.

PDF
Posted by Lionel Deimel at 9:55 AM