The Episcopal Diocese of Pittsburgh conducted its annual convention yesterday via Zoom. We have used Zoom for conventions before, and we’re almost getting good at it. There were a few problems, but I won’t get into that here. What I do want to highlight is what the diocese declared through resolutions that are of interest to the wider church and society. 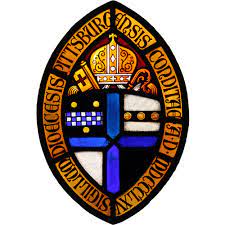 Four resolutions of wider interest were passed, all with no discussion and with only modest opposition. The resolutions can be read in full here.

Resolution 1 was titled “Resolution to Include the name Bishop Barbara Clementine Harris in the Lesser Feasts & Fasts Calendar.” Barbara C. Harris (1930–2020) was the first woman to be consecrated as a bishop in the Episcopal Church and, in fact, in the entire Anglican Communion. She was elected bishop suffragan of the Episcopal Diocese of Massachusetts in 1988 and was consecrated the next year. She fought for civil rights and opposed racism and sexism both within the church and without. The resolution proposes legislation for consideration by the next General Convention. It also invites the Provincial Synod of District III to consider Pittsburgh’s resolution.

Resolution 2 exhibits a character opposite that of the first resolution. Its title is “Resolution to Direct the Removal of the name of the Rev. William Porcher Dubose from the Lesser Feasts and Fasts Calendar.” Thus, Pittsburgh wants to honor Bishop Harris and retract the honor afforded the Rev. Dubose (1836–1918). Like the above resolution, this one is to be sent both to the General Convention and to the District III Provincial Synod. It goes further than the Harris action, however, asking that the church examine the lives of all those honored on the Lesser Feasts & Fasts calendar, presumably to discover other notables with skeletons in their closets. Although the Rev. Dubose is celebrated as a noted theologian on August 18, his connections to slavery and to the Confederate States of America are problematic. He grew up on a southern plantation and served in the Confederate army, first as an adjutant and later as a chaplain. It is not recorded that he ever renounced slavery or his role in defending it.

Resolution 3 is titled “Resolution to Address the Issue of Voter Suppression.” Like the other resolutions, this one proposes action to be considered by the General Convention and by Province III. It also requests that the church’s Office of Governmental Relations do what it can to address the issues raised. This resolution is perhaps more pressing than the two preceding. The resolution “directs and encourages the adoption, on a state-by-state basis” of voting reforms, specifically:

The resolution also calls for the elimination of statewide Voter ID laws.

Surely, I need not describe the justification offered for this resolution.

Resolution 4 is titled “Climate Action Resolution.” Noting ongoing climate change and the church’s concern for Creation Care, parishes are encouraged to “achieve maximum energy efficiency,” a task for which the diocese may, in some cases, provide financial assistance.