Nearly two weeks ago, I posted “A Democratic Platform for 2022.” This was a minimalist list of policy positions intended to appeal to voters who, in large numbers, are in sympathy with them. I remarked that Democrats “should be dismissive of other matters raised by their opponents and avoid being dragged into complex arguments they are unlikely to win.”

I stand by what I wrote in my Platform, but I was perhaps naïve regarding the range of “other matters” GOP candidates might raise or be tempted to raise. I was astonished and horrified when I read a description offered by Heather Cox Richardson of platform planks recently adopted by the Republican Party of Texas. In her June 18 essay, she wrote 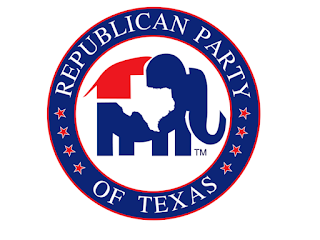 [D]elegates to a convention of the Texas Republican Party today approved platform planks rejecting “the certified results of the 2020 Presidential election, and [holding] that acting President Joseph Robinette Biden Jr. was not legitimately elected by the people of the United States”; requiring students “to learn about the dignity of the preborn human,” including that life begins at fertilization; treating homosexuality as “an abnormal lifestyle choice”; locking the number of Supreme Court justices at 9; getting rid of the constitutional power to levy income taxes; abolishing the Federal Reserve; rejecting the Equal Rights Amendment; returning Christianity to schools and government; ending all gun safety measures; abolishing the Department of Education; arming teachers; requiring colleges to teach “free-market liberty principles”; defending capital punishment; dictating the ways in which the events at the Alamo are remembered; protecting Confederate monuments; ending gay marriage; withdrawing from the United Nations and the World Health Organization; and calling for a vote “for the people of Texas to determine whether or not the State of Texas should reassert its status as an independent nation.”

The Republicans responsible for these policy positions seemingly take no arrangements in society as given. They have no right to suggest that raising the minimum wage or forgiving student loans is in any way “radical.” These Texans seem to have cornered the market of radical. Their platform, I suggest, would find favor among few American voters.

Of late, I have heard many questions regarding what Democrats actually stand for. They stand for, among other things, the negative of every plank adopted by GOP Texans. Well, perhaps Democrats would support the last plank Heather Cox Richardson mentioned.