I have been asking everyone I know and everyone I run into if (1) they would like to adopt a cat, and (2) if not, would they ask other people they know if they would like to adopt a cat. The day before yesterday, a friend was over to pick up some things, have some wine and snacks, and enjoy conversation. Expecting the usual negative reply, I made my standard pitch to find a home for Schroeder. To my surprise, Jacque said she would adopt my rescue! She is a single mom—probably the most impressive supermom I have ever known—with two pre-teen sons.

I spent hours yesterday collecting cat stuff to give Jacque along with Schroeder and writing out information and advice for a new cat owner. Today, Jacque and I had lunch together, after which we returned to my home to collect Schroeder and all his cat paraphernalia for the car ride to his new home. The boys, I am told, are excited about meeting their new pet.

Schroeder, upholding cat tradition, did not want to be caught and put into his carrier. When I tried to pick him up, he ran under a bed. We were able to lure him out with Temptations treats. Eventually, we confined him to the office, a relatively small area. Jacque blocked his access to one of his usual hiding places, and, after chasing the cat around the room a bit, I grabbed him while he was on the back of a couch. Wearing my leather gloves, I pried him off the furniture with some difficulty. Jacque put the carrier on the couch, and Schroeder entered without further drama. 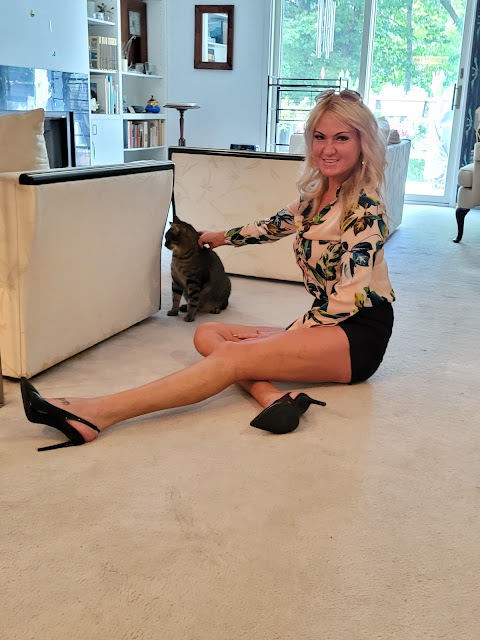 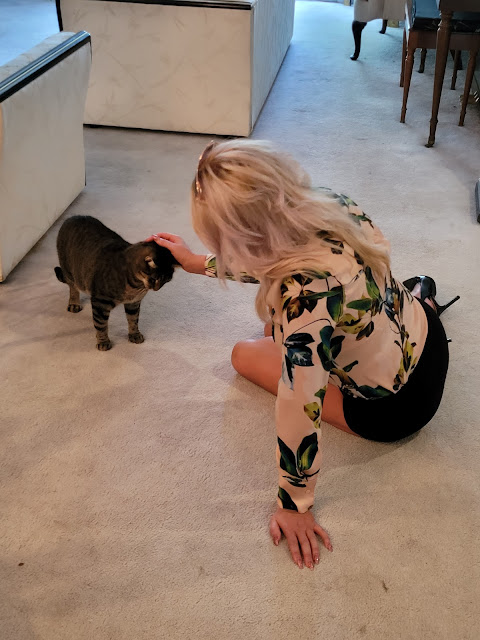 I will miss Schroeder, of course, but I never intended to adopt him myself. I am just happy to have finally found him a forever home where I’m sure he will be loved.

NOTE: The story of Schroeder from when I first saw him until today can be read here.