A few days ago, I received a Blu-ray disk of Bad Santa from Netflix. For some reason, I had put this movie in my queue some time ago, and I ended up with it because to disc at the top of my queue was not immediately available. Having forgotten why I wanted to see Bad Santa in the first place, I expected a movie that was rather stupid. It wasn’t that, but it was quite transgressive and generally in bad taste.

The bad Santa of the title is played by Billy Bob Thornton, and his love interest, such as she is, is played by Lauren Graham. If I never see another Billy Bob Thornton movie, it will be too soon, but I was smitten by Lauren Graham’s smile. I knew her from Gilmore Girls, of course, and always thought her an attractive and talented actress. (Are we still allowed to use the word “actress”?)

Anyway, watching Bad Santa reminded me how much I liked Gilmore Girls, the entire series of which I have seen at least twice. So, last night on Netflix, I watched the pilot of the series, largely to see Graham again and to remind myself how all the important relationships in the series were set up in the first hour. It is an impressive hour of television. Today, I watched the second episode of season 1. 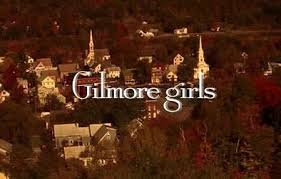 Re-watching this series is a real joy. I don’t have to pay much attention to plot, as I am quite familiar with that aspect of the show. This allows me to concentrate on the fast-paced and clever dialogue. I found myself laughing a lot, probably more than I had on previous viewings. I’ll likely watch more episodes whenever I need to relax and recharge.

If you aren’t familiar with Gilmore Girls, I recommend your watching it streaming on Netflix. Loren Graham plays single-mom Lorelai Gilmore, and Alexis Bledel, who has gone on to appear in many roles, including in The Handmaid’s Tale, plays her teenage daughter Rori (also Lorelai Gilmore). You won’t be disappointed.