Voting access is the key to equality in our democracy. The size of your wallet, the number on your Zip code shouldn’t matter. The action of government effects every American so every citizen should have an equal voice. … We all count! It doesn’t matter whether you’re black, or white, Latino, Asian-American or Native American. We are one people. We are one family. We all live in the same house—the American house. 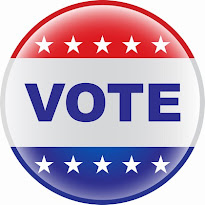 I recently watched the four-hour American Experience documentary “The Vote,” which traces the long road to women’s suffrage. “The Vote” is available on the PBS Web site, and I recommend it highly.

The documentary pointed out a characteristic of our laws that I had never thought about. As the franchise was expanded over the years, the Constitution was amended to say not who could vote but who could not be prevented from voting.

Voting by ordinary citizens was not dealt with in the Constitution until the post-Civil War amendments were enacted. In Section 1 of the 14th Amendment, citizenship is defined:

This provision was required by the infamous Dred Scott Decision, which denied that Blacks could be U.S. citizens. Section 2 annuls the notorious provision of Article 1, Section 2, Clause 3, which treated slaves—referred to as “other Persons”—as three-fifths of a person:

Representatives shall be apportioned among the several States according to their respective numbers, counting the whole number of persons in each State, excluding Indians not taxed.

(Notice that “persons,” not “citizens” are to be counted, despite President Trump’s recent instructions that the census should not count undocumented persons.) Section 2 also provides that a state’s representation can be reduced if the right to vote


is denied to any of the male inhabitants of such State, being twenty-one years of age, and citizens of the United States, or in any way abridged, except for participation in rebellion or other crime

This provision has been used to disenfranchise felons in some states. It has never been used to reduce a state’s representation. The provision was largely made moot by the 15th Amendment, Section 1 of which reads

Taken together, the 14th and 15th Amendments require that, with minor exceptions, all men aged twenty-one or older may not be prevented from voting based on race, color, or having been a slave. (Apparently, some Southern states tried to prohibit people from voting whose parents or grandparents were slaves.) Nothing is said about prohibiting voting because of religion or sex. Arguably, the First Amendment made using religion to disenfranchise citizens questionable. Some women argued that these amendments should have given them the right to vote. They argued for their suffrage to be provided for explicitly. They did not carry the day.

Not until the ratification of the 19th Amendment, did women get the right to vote:

It is unclear whether “sex” includes sexual minorities such as homosexuals. It is reasonable to conclude that it does, as the Supreme Court has just ruled that “sex” in legislation prohibiting discrimination in employment does indeed cover such people.

The Voting Rights Act of 1965 was designed to enforce the protections of the 14th and 15th Amendments and explicitly outlawed certain mechanisms for denying the right to vote such as the use of literacy tests. Additional legislation over the years has sought to strengthen voting rights. In 2013, however, a major provision of the 1965 law was struck down by the Supreme Court. That provision required states with a history of discrimination to obtain federal clearance for any changes to their voting laws.  Shelby County v. Holder provided an excuse for Southern states to implement procedures intended to limit voting by racial minorities.

The 24th Amendment outlawed the franchise’s being dependent on paying a poll tax or other tax. The 26th Amendment, the most recent amendment touching upon voting, reduced the voting age to 18:

The Constitution does not explicitly prohibit using other criteria to prevent people from voting, such as removing them from the voting rolls for not having voted in recent elections. Additionally, many states prevent incarcerated persons from voting, possibly even after they have served their term in prison. In Florida, for instance, felons lost their right to vote and had to go through an elaborate procedure to restore their rights upon release from prison. Floridians voted to eliminate that procedure, but the legislature passed a law that, before voting rights could be restored, all fines and mandated restitution had to be paid. Does that law run afoul of the 24th Amendment? That question awaits an answer.

If the United States is to be a true democracy, should not everyone be allowed to vote? Even criminals sent to prison remain citizens. What harm can come by allowing them to vote? They might even have special insights into our penal system that might profitably be taken into account. Given that this country incarcerates so many people, taking away those people’s franchise significantly reduces the electorate.

I believe, apparently as did the recently departed Congressman John Lewis, that all citizens should be allowed to vote. Period. Therefore, I propose a constitutional amendment that would make that ideal a reality:
Amendment XXVIII

Section 1. All citizens of the United States who are eighteen years old or older shall have an irrevocable right to vote.

Section 2. Congress shall have power to enforce this article by appropriate legislation.

This amendment, rather than describing who cannot be prevented from voting, simply declares that suffrage is universal among citizens. Moreover, events such as incarceration can have no effect on suffrage. One can lose the right to vote only be losing citizenship, by personal renunciation, for example. States could implement this amendment in various ways or Congress could specify a nationwide implementation. Ideally, voter lists can be done away with. When presenting themselves to vote, whether in person or remotely, people can simply self-certify that they are citizens. As now, severe penalties can be assessed on non-citizens caught trying to vote. (Although Republicans falsely claim that many non-citizens have been allowed to vote, there is no evidence for that belief.)

Would not such an amendment be a reform that enhances our democracy?