It is often said that Donald Trump seeks to divide Americans rather than unite them. His actions certainly have that effect. Nevertheless, I don’t think that division of Americans is really Trump’s objective. 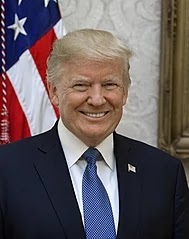 Donald Trump knows in his heart that he is a minority president, that most people dislike him and everything he stands for. But he is who he is, and Mr. Trump is not about to pander to the majority, which frankly hates his guts. Instead, everything he does is intended to please his base, those folks who think like him and, in most cases, adore him. He is terrified of losing any of these people because he has no talent or inclination to win over Americans who are not already devoted to him.

Dividing Americans is not really a good political strategy, either for winning elections or for governing. But Donald Trump has discovered, probably much to his surprise, that, with a devoted following and substantial help from our undemocratic electoral system, he can win a national election. In 2020, however, the voters disdained by the president are more strongly motivated than they were in 2016.

PDF
Posted by Lionel Deimel at 9:16 AM