Bubonic Plague in the United States 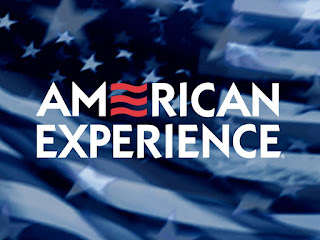 Seldom do I miss an episode of American Experience on PBS. These programs provide insights into both well-known and obscure corners of American history.

The most recent film offered by American Experience is “Plague at the Golden Gate,” definitely a story from an obscure and forgotten episode of our history. Who knew that, at the turn of the last century, the United States faced the threat of bubonic plague emanating from San Francisco? (I was relieved to know that the danger was in our distant past.)

As is typical of the series, “Plague” was informative and entertaining. It was also a bit depressing, as the power elites of San Francisco exhibited their racism toward Chinese residents and their concern for profits over public health.

I appreciate the challenges faced by filmmakers telling a story of a time in which images were not as common as they are today. It can be a struggle to maintain visual interest using available material. “Plague” did a fair job in this regard, making good use of photographs, documents, rare movie film, and occasional contemporary video used to provide context.

I do have one complaint against “Plague, and it’s a beef I’ve had with more than one documentary. More than once, film of a passenger train pulled by a steam locomotive was shown to illustrate the travel of characters in the historical story. As a railfan, I recognize that these film clips are almost certainly not illustrating the exact travel in question but are instead stock footage. One hopes that the footage at least represents railroad equipment of the period, perhaps even shown traveling through terrain that the travelers described would have seen.

I view such interludes of train travel with a less-than-critical eye. Was the locomotive from the right period? The coaches? Can I identify the railroad, and was an eastern railroad standing in for a western one? There are questions I don’t usually ask myself. On the other hand, when I saw a locomotive that was clearly British and could never have appeared on American rails, I sat up and took notice. That seemed less like literary license and more like outright deception.

Overall, the filmmakers did a fine job using available images, and I’m sure they thought they could get away with images of a British train. Or maybe they didn’t even realize their mistake. I’m sure most viewers didn’t. As they say in tennis, however, it was an unforced error and certainly an unnecessary one.

Readers of my blog probably know that I have a special interest in language. The narration of “Plague” contained a delicious phrase I just had to write down for future use. Perhaps you can think of situations to which the phrase “the complacency ignorance” could profitably be applied.

PDF
Posted by Lionel Deimel at 9:13 AM