A Proposal to Replace the Income Tax

No you never get any fun
Out of things you haven’t done.
—Ogden Nash

Objection to changing tax law is one of the roadblocks to the passage of President Biden’s Build Back Better legislation. The president wants to finance much of his social agenda and national efforts to forestall climate change by extracting more revenue from rich individuals and corporations. Discussion of new taxation has caused me to rethink our current system of taxation, a baroque tangle of laws and regulations that efficiently extract money from the non-wealthy yet is maddingly ineffective at doing so from large corporations and the actually wealthy.

If we began from scratch, could we create a simpler and fairer tax scheme? In a desirable system, most people should incur some tax liability, The very poor may pay little or no tax or even benefit from a negative tax. Well-off persons and entities should be levied a higher percentage tax than others. This increases revenue and tends to decrease wealth inequality, which has been growing in recent decades. In other words, the tax system should be graduated.

Policy exists within a context of other social arrangements. To reduce wealth inequality, unions should be strengthened, training for trades should be improved, health care should be guaranteed, and inheritance taxes should be steep. I won’t try to deal with all these issues in this modest proposal, however.

The government’s main source of revenue is the income tax. Though this system wasn’t designed by Rube Goldberg, it might as well have been. It is complicated, incorporates many questionable preferences, and fails adequately to tax those who live well with little or no conventional “income.” 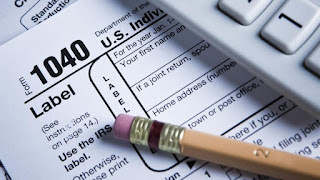 Senator Elizabeth Warren has promoted a wealth tax. This is an attractive concept, but I think it unworkable. How do you evaluate the wealth of someone who owns a few Picassos, a garage full of classic cars, and a large part of a private corporation? How do you deal with the inevitable changes to the values of such assets over time? And should you be taxed over and over for the same asset? (Real estate taxes, which do recur, exist to provide local services; that Picasso doesn’t need them.) But Warren does have a point. Wealthy persons can live off loans collateralized by their belongings while having no conventional income or tax liability.

Ogden Nash had a very useful insight. Notwithstanding the questionable notion that the best things in life are free, a corollary to Nash’s lines is that to have fun (or whatever you desire), you have to spend money. Uncle Scrooge’s money bin may have offered some psychological satisfaction, but Scrooge McDuck couldn’t eat or travel or do much else unless he was able to spend some of his bin’s contents. However we obtain money, having money confers only intangible benefits. Only spending yields material benefit. It makes sense, therefore, to tax not wealth (as Senator Warren would do) but expenditures. I propose, therefore, a kind of sales tax on everything. For want of a better term, call it an expenditure tax. This tax is superficially similar to a value-added tax, but it is different in a number of respects.

The expenditure tax would tax both individuals and organizations on what they spend each year. As is now the case, returns could be filed on April 15 covering the previous year. To generate substantial revenue and to be fair to everyone, greater expenditures would be taxed at a higher rate. The low end of the rate scale might exempt some people from the tax completely or might give them money to maintain a morally acceptable standard of living. Families could be treated as a unit. In some circumstances, a spouse or even a child would need to file separately. In any case, this tax is not intended to replace the whole of the social safety net.

An expenditure tax would be indifferent as to where one’s money has come from. No source is treated preferentially. Policies that do so distort economic decisions anyway. Likewise, there are no preferred expenditures. People are expected to spend funds however they feel is most beneficial. In principle, taxable expenditures would be calculated by adding income to cash and cash equivalents on hand on January 1 and subtracting cash and cash equivalents on hand on December 31. There should be no exemptions for medical expenses, business expenses, charitable giving, or anything else. People should spend their treasure however they like without regard for legislated preferences. This freedom from arbitrary incentives has the potential to make everyone wiser and more rational spenders.

There are, I think, two kinds of objections to the expenditure tax. There are administration issues, on one hand, and issues related to particular kinds of transactions, on the other. I will offer preliminary thoughts on these matters, but I do not claim to have worked out all the difficulties. I would hope that an implementation would not result in the sort of byzantine rules and regulations that infect our current income tax system.

For most people and corporations, figuring out the annual expenditure for tax purposes is not complicated, though individuals might need to do some bookkeeping they are not now doing. The inevitable movement away from cash to credit and debit cards makes calculations easier. The ability of the government to collect taxes and verify their amounts is a bit tricky. Withholding taxes from wages has guaranteed that most workers will not only pay their required taxes but also will not be faced with an impossible bill at tax time. Since income is not being taxed, withholding funds from paychecks is inappropriate (and doesn’t work for everyone anyway). A value-added tax could be imposed, of course, but that is complicated and, in its usual form, tends to be regressive. Lacking a better scheme, perhaps everyone should simply pay a quarterly estimated tax. I leave it to others to figure out how the IRS is to verify compliance. Paying estimated taxes would not be excessively onerous; many people are already required to file estimated taxes. Organizations such as corporations already track expenses. Accounting for them would actually become easier.

I now want to consider particular types of transactions. In general, any time one parts with one’s money, a taxable expense is incurred. No one gets a special deal. The bus driver, the church, the foundation, and the Silicon Valley corporation play by largely the same rules. I envision doing away with charitable organizations so far as taxation is concerned. People should contribute to what are now nonprofits to advance what those organizations do, not simply to avoid taxes. The government is a poor judge of an organization’s ability to advance the public good rather than private interests and probably should not be in the business of conferring nonprofit status. Doing so has become controversial of late. Anyway, if an organization believes it can do something worthwhile, it should do so irrespective of the tax consequences and should be taxed like everyone else. (This will not be a popular idea.)

Expenditures for an individual would include purchases of food, clothing, health care, furnishings, insurance, utilities, charitable contributions, personal luxuries of whatever sort, and state and local taxes. It might be desirable to exempt state and local taxes to avoid the noxious concept of taxing taxes. Or maybe not.

Organizations of all kinds would pay tax on salaries, fringe benefits—there may need to be some rethinking about the notion of fringe benefits once they are taxable—rent, advertising, lobbying, research and development, capital improvements, loan payments, dividend payments, fines, and legal expenses and judgments. As for individuals (or families), we could choose to exempt state and local taxes.

Financial transactions present a special problem. Clearly, putting money into a checking account is not really an expenditure, even if the account pays interest (and might theoretically be deemed an investment). A deposit does not mean one has lost the use of one’s money. Purchasing certificates of deposit, treasury bills, and the like would simply be considered mechanisms for parking one’s money. Purchasing stocks, which have no guaranteed value, would be taxable expenditures. A distinction need perhaps be made between relative secure bonds and junk (or near junk) bonds. The latter are more of an investment (and a risky one). A bank making a loan is not making an expenditure by this reasoning, though a particularly risky loan perhaps is.  Even with this system of taxation, certain regulations may be unavoidable.

Other objections could be raised against the expenditure tax, of course. For example, does the system remove from Congress the ability through taxes to advance certain social goals? Yes, it does, though that may not be a bad thing. In any case, other kinds of taxes may still be levied, such as taxes on polluters. The lack of a depreciation provision means that capital expenses are taxed all at once. If desired, leasing arrangements could ease this problem (if it really is a problem).

Whatever objections may be offered against the proposed system, its greatest advantage is that no one can escape paying taxes. Not even the richest industrialist or financier can live without spending money. And large transactions—think corporate buy-outs, for example—would be subject to taxation. This could even discourage transactions that are not completely rational.

The expenditure tax is surely not perfect, but no tax scheme can be perfect. Nonetheless, there is something to be said for scrapping the current income tax and starting over from scratch.

PDF
Posted by Lionel Deimel at 6:48 AM